I just have to jump on this bandwagon.  I won’t say much, other than I agree.  It’s OK to ban books, but not weapons? 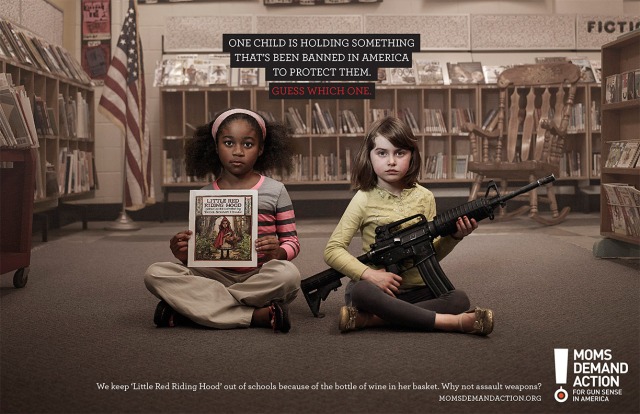 The photo is from MomsDemandAction, and is part of a “new PSA campaign, ‘Choose One,’ a series of print ads featuring assault weapons alongside other objects that have been banned in America to protect child welfare.”  You may have seen them making the rounds on Facebook and elsewhere.  I’ll just say, think about it.

This entry was posted in Censorship and tagged Guns. Bookmark the permalink.